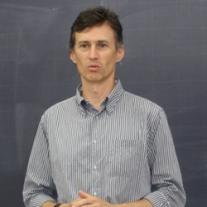 My courses in 2016 were concerned with two aspects of modern history, the Cold War and the post-Cold War era. An alternative way explore this topic further is to study some of the cultural products of modern history. The life, the times, and the films of Marlon Brando provide such a window on late 20th century cultural history. He transformed the art of cinema, and through his choices of film roles and his social activism he participated in and influenced the counter-culture movement that emerged after WWII. His life also included career setbacks and personal scandals that reflected the contradictions and failings of the progressive movements he supported. In this course we will study four films, each from different decades, to see how they reflect changes in American culture throughout the late 20th century.

(1) 1950s. Introduction to the early career and social context of his films. Film: On the Waterfront.

(2) Continuation of On the Waterfront. Discussion of director Elia Kazan and Hollywood in the 1950s.

(3) 1960s. Reversal of fortune, personal setbacks, activism, and the making of Burn! (Queimada).

(6) Continuation of The Godfather. The social context of the film in the post-Vietnam War, post-Watergate era.

Advice to Students: The subject matter is somewhat difficult, but a very high degree of English proficiency is not required. Students should be capable of participating actively in a course conducted in English. Students are encouraged to view the films before the scheduled session when a particular film will be discussed. This extra work is not essential, but the more that students prepare and study on their own, the more interesting the sessions will be.
More information and links to resources will be posted on the course web page :
http://www.themindseye.ca/opencollege/opencollege.html